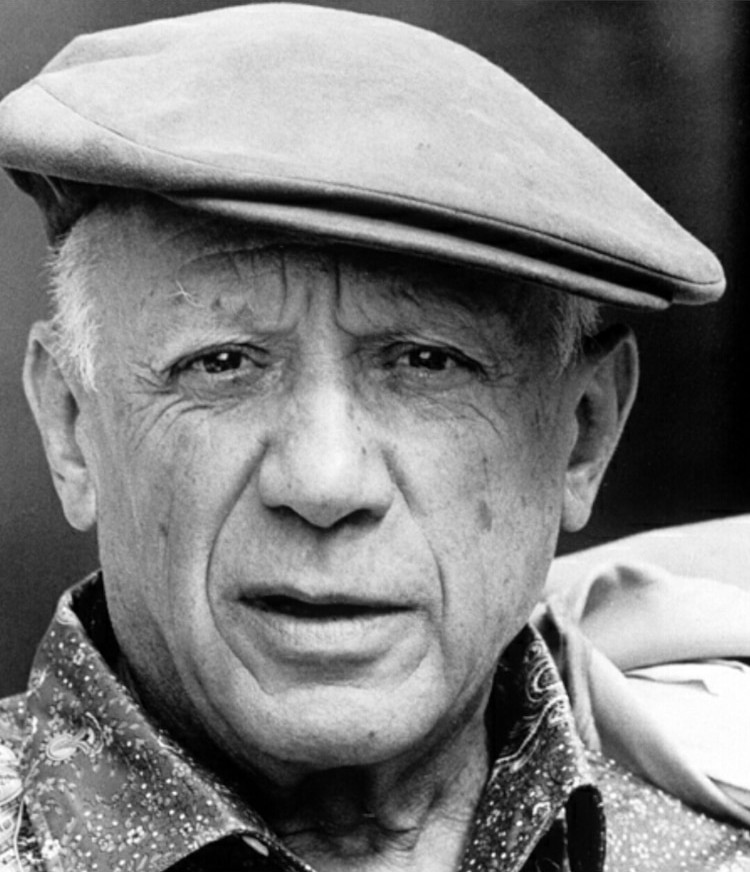 Born in Malaga the 25th of October 1881, he starts his career in Barcelona before leaving for Paris from 1900.

During those first years, he becomes involved with painters and poets (Max Jacob, Apollinaire) in Montmartre. It is the Blue, then Pink period of Pablo Picasso.

His style experiences a radical change when he realizes the « Demoiselles d'Avignon » in 1907.

This painting is the beginning of a cubism quest he will start with Braque until the first World War.

In 1917, his wedding with Olga, a Russian ballet dancer, announces the return to a more classical style until 1925. He will finally start what will be the very heart of his work, namely the body, face and space distorsion.

The arrival of fascism in Europe and Civil war in Spain deeply affected Pablo Picasso and upon request of the Spanish republican government he creates « Guernica».

The post-war years will be for Picasso the return to Mediterranean and a certain « joie de vivre » immotalized by the eponymous artwork of Antibes.

He settles with Francoise Gilot and their two kids at Vallauris where he works on ceramic, his new creative medium.