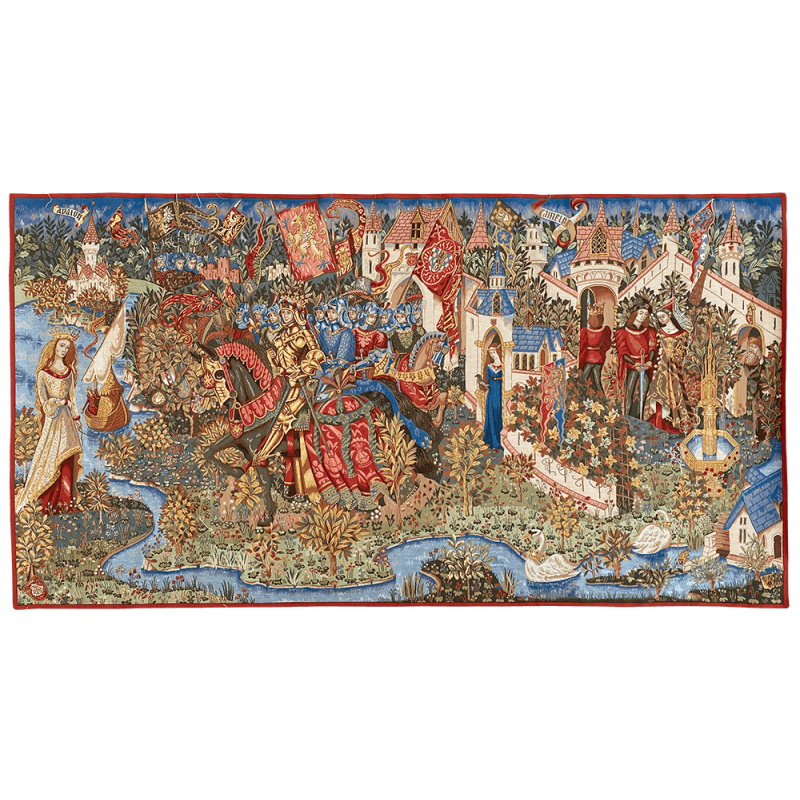 Tapestry Legend of King Arthur in Loiselles stitch telling the quest of the Holy Grail.

This tapestry was created to show King Arthur as he would have been in the late 15th century. From right to left, watched by Merlin, Arthur, accompanied by the future Queen Guenievre, pulls from the rock the sword that identifies him as the legitimate King. He walks among the towers of Camelot, then appears with the Knights of the Round Table, banners flying, trumpets sounding the departure for the Quest of the Holy Grail under the gaze of the fairy Morgana who plots against him.

This tapestry is woven and made by the workshops Jules Pansu, located in the North of France and labeled EPV.

Compositions
95% Cotton - 5% Polyester
Care instructions
Lightly vacuum to remove any surface dust - Professional clean only
Orientation
Landscape
Hanging options
Hanging either by hooks placed in the eyelets provided, or by a rod or a wooden slat slipped into the sheath for a concealed hanging

Come and discover this piece in our showroom

Where to find us?
Back to the collection